Who says this in what episode, and what is the rest of the conversation?

"You gotta be kidding me. How would we get by? With stolen credit cards? Huh? Eating diner food drenched in saturated fats? Sharing a crap motel room every night?"

Which episode and scene is this from?

Why is the episode "On the Head of a Pin" named in this way?

What are Lilith's words that make Sam kill her in 4-22 Lucifer Rising?

What are present-day Dean's words to Sam after he finds out about the ghost attacking Sam at the school in After School Special, which were the same as his words to Sam in high school? And what does Dean hand Sam?

What was supposed to be playing during Dean's fishing dream in 4-20 The Rapture?

What episode and scene is this from?

What orders had Cas and Uriel been given by their superiors in 4-7 It's the Great Pumpkin, Sam Winchester?

Which episode and scene is this from? 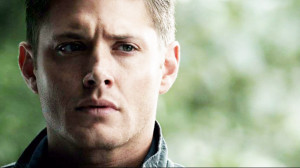 In which episode does Sam say this?

Who says this, to whom in what episode?

Who says this to whom in what episode?

What is the name of the snake that can smell fear in 4-6 Yellow Fever?

Does Alastair know how to kill angels?

What is for dinner on the night Jimmy returns to his family in The Rapture?

Who says this and in what episode?

"All right, look, man, I don't know you, okay? But I'm gonna do a public service and, uh, let you know that—that you overshare."

What does Dean order at the diner in The Monster at the End of This Book and what does he end up eating?

What's for dinner at the Campbell's when Dean pays his visit in In the Beginning?

On a food streak!

In which episode does Sam forget to buy Dean his pie?

What does Dean order at the Chinese restaurant in Wishful Thinking?

What does Dean explain about their sudden appearance at the school bus in After School Special?

What is the name of the Celtic demon of Halloween?

Which episode is this from and what is Dean saying? 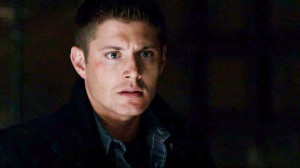 Which episode do we see Sam sleeping in the back of the Impala?

What's the name of the monster of the week in Metamorphosis?

Which episode does Sam say this to Dean, and what does Dean answer?

Which episode and scene do we hear You Shook Me All Night Long, by AC/DC?

OK, this is not in my review, but I just happened to find out a fun fact so... Which Season 4 episode is episode 69 of Supernatural?

Which Season 4 episodes involve a coin?

In which episodes of Season 4 does Lilith appear?

In which episodes do we see someone drinking whiskey?

(I think if Supernatural made a contract with a whiskey company, the company would make a bundle...)
Collapse